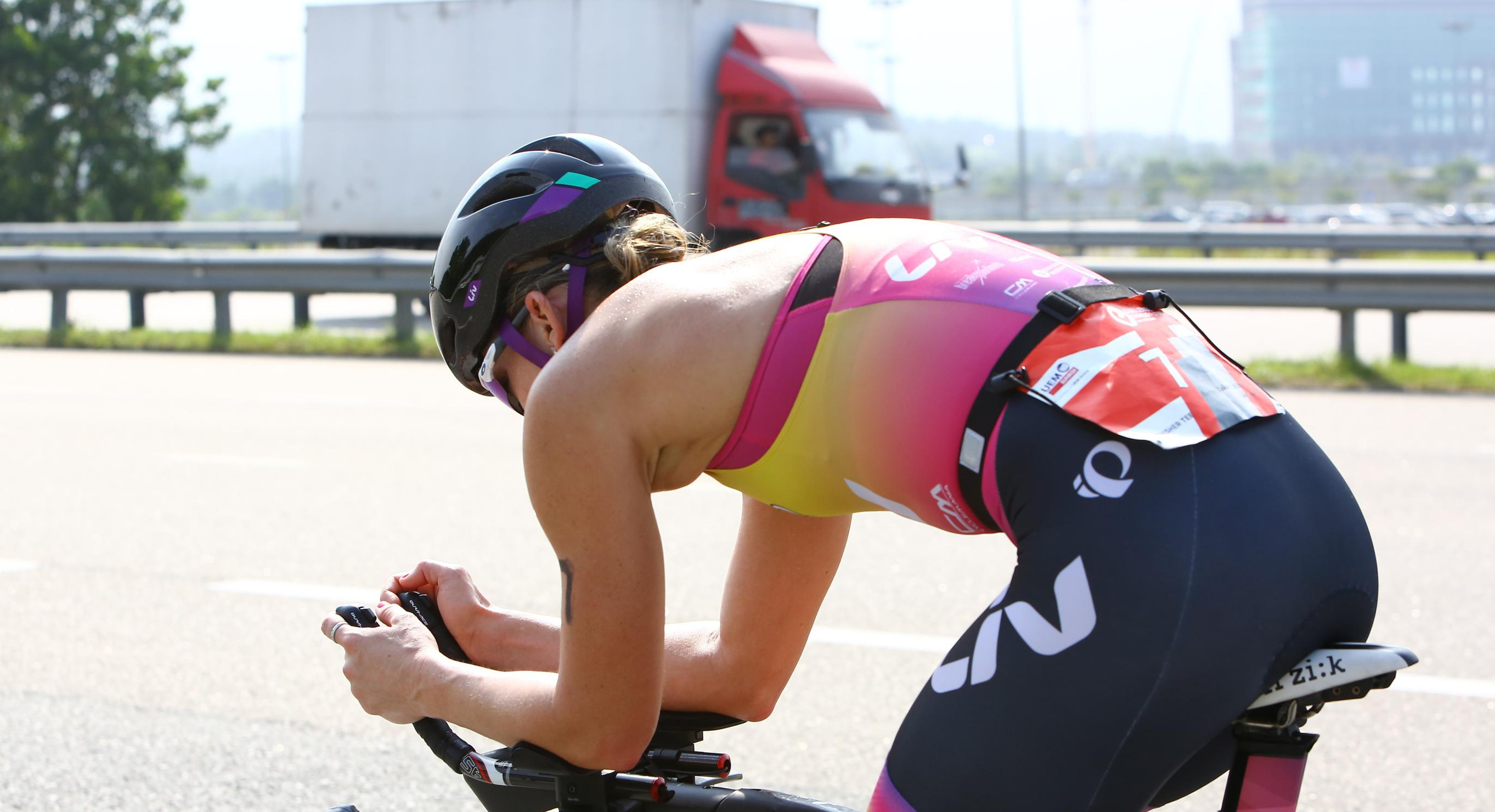 Being an elite athlete can mean a great many different things. Elite can be defined as having a professional license, having a Vo2 max above 60 ml/kg/min, or a mindset conducive to hard work, persistence and determination toward an outcome. In the instance of this article Elite refers to a professional triathlete, with a Vo2 max in excess of 60 ml/kg/min (has measured above 70 ml/kg/min during a running assessment) and having a mindset conducive to elite performance outcomes.

An athlete we have the pleasure of working with is Renee Baker. Renee is a professional 70.3 distance triathlete and has been racing at this level for around 2 years. Over these two years Renee was initially ranked around 200th in the world for her first year and has moved beneath the top 50 this year, qualifying for the 70.3 world championships in Mooloolabah last weekend.

A part from having some of the worlds best triathletes present, the Mooloolabah cycling course profile was challenging with over 650 meters in elevation, and a difficult run along the coastal area. We are able to analyse Renee’s performance through the ever valid and reliable Verve Infocrank, and through a GPS enabled heart rate monitor for the run. Power output for cycling and pace for the run are two output measures worthy of attention for athletic performance analysis. Additionally heart rate gives us some indication of the internal work rate in relation to the output measures. Both can be used to better understand performance on a given day and when training.

After exiting the swim in around 27 mins, Renee was located around 25th position with a good bunch of capable bike riders. The course was hardly flat and featured several climbs along with lengthy rolling sections. Renee got off to a great start and was working well alongside her compatriots. The first hour saw a average speed of just under 38 km/hr across undulating terrain at a higher power output than what we have seen across her last 6 months of 70.3 racing. Then came the climbs. Here Renee had to produce repeated 5min efforts well above her 1 hour threshold outputs, thus needing to work at rates conducive to maximal volumes of oxygen uptake (VO2 max), while sitting at high intensities prior. It is one thing to produce above threshold 5 min efforts with recovery between (like one would when interval training) but something completely different when already at maximal 2.5hr outputs!

Across these 5 min climbs Renee also managed a peak 20 min power that was again above her 1 hr maximum output threshold. So, a huge metabolic demand was placed on her energy system to function across this terrain at a pace required to be competitive.

We were now at the 1.5hr mark in the bike leg with some huge outputs already achieved and around 1hr further to go. Here Renee loss contact with the small group  and proceeded to plough her way further forward solo. Once arriving at the bike-run transition Renee had performed her best bike leg power output to date using the Verve Infocrank to attest to this fact. The temperature gradient across the bike leg saw an increase of 13 degrees Celsius. This gradient reaps havoc with accuracy of most power meters.

Recently at one of our indoor heat training sessions we tracked the power data of an athlete through their crank based power meter, (the bike was equipped with one of the ‘industry leaders’ in power meters, not an Infocrank), and through a trainer device known to be valid and reliable from a statistical perspective (based on empirical studies). Thus we were measuring power output through two different power meters. What we saw was astounding. The crank based power meter drifted from accuracy to the tune of 13.5% over a 20 degree Celsius temperature gradient. Thus the data was invalid and irrelevant. This has not been the case with the Verve Infocrank. In the case of Renee, we are able to rack Renee’s bike the day prior competition and use the unit from 7 am through to 10 am over a temperature increase knowing the power meter is valid and accurate. Infocranks do not need calibrating as they are one of the only meters on the market where the crank has been made to fit the strain gauge hardware NOT the other way around. Calibration is not a requirement for Infocrank.

Back to Renee’s race, we are now onto the run. Here we were only able to function at 84% of the usual racing pace owing to fatigue from the bike and soreness at the hip from an old running ailment. Renee can usually cover 1.5 meters per heart rate contraction when running well. On race day this was 1.4 meters, this reduction of 6% is entirely normal across a 70.3 event, so Renee’s running fitness was the same as what it had been during recent training from a heart rate/pace perspective. However she could not get her heart rate high enough (only 84% of normal running intensity) to run at her best possible speed. This begs the next question, why a low heart rate? Low heart rate can be indicative of a great many different factors. For the purpose of this article it was largely owing to the difficulty of the event day and her preparation.

Renee’s running data across the 21km’s

We will digress briefly for the purpose of better understanding Renee’s race. Renee had discovered she was eligible for the World 70.3 Championships some 5 weeks out from the event. These 5 weeks of training involved some of the hardest work Renee has completed to date. Across the period we only saw significant increases in maximal running, cycling and swimming speeds coupled with improvements in correlations with heart rate. In fact I commented in passing to another athlete that, ‘ rarely do I see athletes adapt this much in such a short period of time with so much intensity…’. Renee had entered beast-mode. And it was bloody impressive to be a part of. No matter what we threw at her, Renee’s body was up for it, constantly adapting and successfully completing sessions with no injury, though some residue soreness (and plenty of moaning, or whinging as I called it, Ha!)

During the last week prior taper Renee managed to Personal Best a 1.5 hr bike interval set and also a 1 hr track running interval set to record the highest power and fastest running speeds, specific to triathlon. Motoring. Unfortunately for Renee, she has a full time job as a surgical specialist that requires long hours spent liaising with medical professionals and even hosting surgical training sessions meaning she is well and truly a time poor athlete. For a professional triathlete training would consist of between 20-25 hrs+ of aerobic exercise. For Renee she has to date only really managed around 12.5-13.5 hrs per week. We counter this lack of volume with specific intensities aimed at Vo2 max training, being above the second threshold and below absolute Vo2max intensity. This form of training is specific in that we do not spend time above Vo2 max intensity instead trying to accumulate as much time possible at or just below this ceiling to best enhance fitness within a very finite time allowance.

This ultimately means that on race day Renee completed 35-40% of her weekly training volume in one day. Personally, when I was racing key events I would usually only accumulate around 20% of my weekly training volume average in one single event. High volume training environments do not necessarily build faster running/cycling/swimming speeds, but they do build increases in endurance and resilience to fatigue. It facilitates an ability to withstand exercise intensity over time. Coupled with the difficulty of the race course profile in Mooloolabah, and the high level of athlete fitness, the 70.3 World Championships required an incredible resistance to fatigue. More than what 12.5-13.5hrs could facilitate.

Renee went on to record a slower than desirable time (her desired time) for the run leg, clocking around 1hr 48mins.

Our ability to track, monitor and retrospectively analyse Renee’s athlete data means we can compartmentalize different functions of her race day performance and offer a quality overview of how she fared racing alongside the worlds best. Rather than simply comment on a finishing position as outcome. Additionally it has also enabled us to offer alternatives to future training to further optimize her athletic journey, and do so safely based on what she has completed in the past by progressively extending volume/intensity prescription over time.

In concluding, through valid and reliable data analysis we are able to piece together better understandings of each athlete and offer advice around future training initiatives aimed at assisting their performance and goals. A journey shared is a journey halved and we are pleased to be able to work with so many passionate time poor athletes.

What comes next is now up for discussion.

4 years ago / Comments Off on Training Elite Time-Poor Athletes 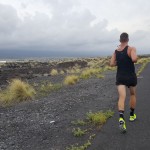