Hall Cycle Training is very pleased to announce major title sponsorship from Nicheliving for the remainder of 2014 and 2015. The women’s cycling initiative will now be known as the “Nicheliving Construction Women’s Cycling Initiative“.  This is an exciting development for women’s cycling in WA.

As one original rider from 2013 put it, “What a journey from 10 or 12 women nervously gathered at the top of Mount Street in January last year.”

HCT wish to thank all the riders, coaches, clubs, and all the women who have made this possible. We look forward to continuing the growth and participation of more women in cycling across Perth and West Australia by providing them the environment for which to improve their fitness, confidence and skill and form lasting friendships through bike riding.

The NRS Hall women’s team will be Nicheliving Construction HALL Women’s Racing Team. The team will embark on its first NRS tour in August and will be competing in the Tour of the King Valley.

Thank you to NicheQ and Choice by Projex, and all our sponsors for supporting women’s cycling in WA. 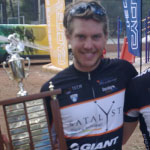