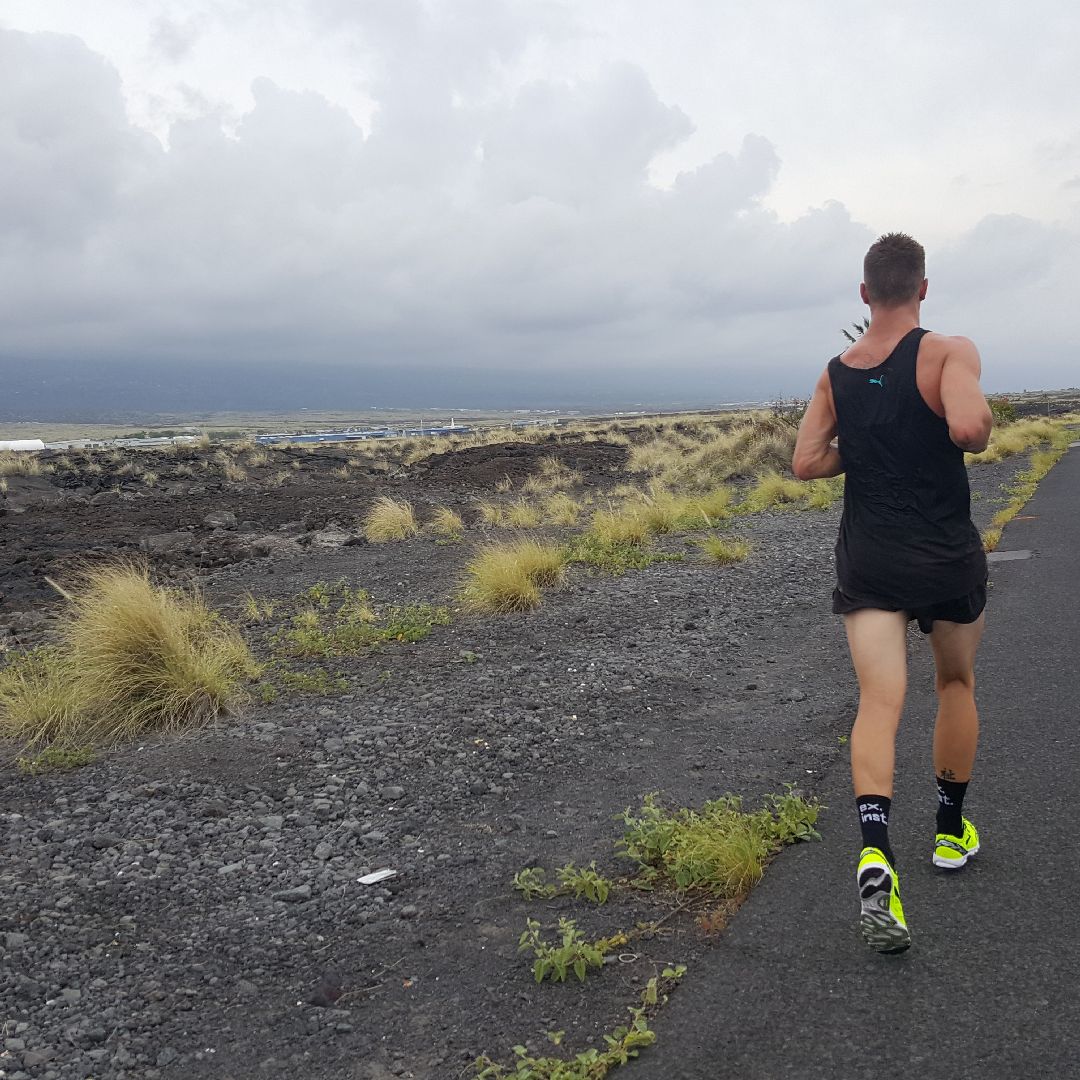 BY admin IN Exercise Institute News On October 13, 2016

Written from the perspective of a coach and observer.

For KONA 2016 we had the privilege of working alongside one athlete in a lot of detail. This meant being able to record data, analyse, process and tweak well out from actual competition day, such that we were well prepared and could set good goals around what we had hoped for on race day.

This particular athlete, Beau, had arrived 10 days prior the race, in order to acclimatize and familiarize oneself with the climate/terrain. Coming from a temperate climate, like a Perth Winter, to a hot and humid one in Hawaii an athlete would need to allow 10 days for real acclimatization, with around 70% of this adaptation occurring in the first 6 days.

Beau had already spent large amounts of time training indoors in our heat chamber where temperature and humidity are controlled to induce heat adaptations, see here for more information. This was almost a weekly occurrence for Beau, who wanted to leave no stone un turned in his preparation. Add to this the shear volume required to train toward this event meant Beau was accumulating 18-22hrs a week AND working long hours in a new occupational role. A common scenario for many Ironman Athletes.

In order to put a framework around success in Beaus eyes, we completed an extensive goal setting task, including outcome and performance based goals across the 3 disciplines and the event itself, providing a matrix of ‘success’ for Beau to benchmark against. Come race day there was nothing left but to give it his all. Additionally, Beau is incredibly well supported by his loving wife Hannah, who herself is an absolute machine across 3 disciplines, had of Hannah been gifted the role of full time athlete she could well go on to achieve incredible things some do in full time sport. Few people have her determination and ability as an exerciser, Hannah is also this in a supportive role. Social support makes up a large chunk of the predictive success of an athlete. Beau has this.

For Beau ‘giving his all’ meant exercising with restraint and executing a plan based around what he thought possible across the disciplines. He did this well.

Beaus swim was fantastic by ‘our’ own standards. A swim that ended up covering 4km’s without a wetsuit was completed in a time faster than expected. I would like to attribute some of his success here to the weekly tuition Beau receives through our technical swim coach Greg Hodge. Swimming is something Beau has had to work really hard on as it is not something that comes well to him.

Onto the bike, Beau settled into his own rhythm and looked comfortable. Beau rides the Verve Infocrank which enables him to pace to an exact performance measure through this power meter. The data captured in realtime is of immense value to Beau’s pacing strategy, and also retrospectively where we can analyse how his performance unfolded. Previously Beau had used a cheaper single sided power meter which yields inferior results for reasons about to be discussed.

During the ride Beau commented on how his left hamstring origin point felt sore and tight. This resulted in a 42%/58% left right leg power contribution during the 5hr cycling leg. This is well beyond what is considered normal for Beau (and other cyclists). Had of Beau been using a single crank arm power meter there is NO way we could have accessed this quantification of his subjective symptoms around hamstring soreness. His soreness was leading to a drop in output.

Another strength of the Verve Infocrank is that on testing during heat sessions other ‘leading’ power meter brands will begin to read higher and higher as temperature increases. Even when recalibrated during a heat session many power meters cannot account for the increase in temperature without a disruption in accuracy. We know this as we compare the power files to a known measure on each bike which trains the athlete at given power outputs. This is a big factor in our preference for Infocrank which is possibly the only power meter with ‘precision’ as accuracy. When it comes to making decisions on athletes functionality, accurate data is not something we want to compromise.

The bike leg was compounded for Beau, and others, too as the wind direction meant a head wind out to the turnaround point, with the fastest athletes enjoying a uncharacteristic tail wind home. This was true for many of the Pro’s and first age group athletes. However those that were just 20-60mins behind these front markers endured a head wind for the final stages of the bike leg. This observation around wind direction was not even noted on the realtime weather conditions. Thus extending slightly the amount of time spent riding for Beau and the bulk of the competitors.

So this soreness of the left leg, now quantifiable via accurate data on race day, meant Beaus left leg was producing around 4% less output than what would be considered normal, also meaning his right leg now needed to take up the slack, thus both share an unfamiliar workload. Beaus power and heart rate data on the day tell this story and provide us with an insight into what might need addressing over the coming months in order to rectify this aspect.

Adjustments to Beaus aerodynamic position, using mechanical efficiency testing, furthering honing of his aerodynamic profile, crank length adjustment and unilateral leg exercises with a counter weight will all feature in furthering his cycling journey based on this race day recorded data.

On returning from Kona we have already spent around 9 hours working on Beaus cycling position, measuring his mechanical efficiency (power per molecule of oxygen consumed) and making adjustments to improve this variable. We have also completed several unilateral (single legged, with a counter weight) testing exercises and found interesting results. Beau has a power discrepancy of 20% between legs when working in isolation of the other: this is huge. However when we look at heart rate and power correlations between each leg the weaker leg is only around 10% lower, meaning his body is attempting to correct for this discrepancy by being more efficient with the muscle groups it is using. Further work will ensue here to ensure we can restore as much of this balance as possible.

Toward the run leg, Beau settles in well, really well. Negative splitting the first several sectors, climbing Palani drive, then focusing on the run out across the lava fields toward the final turn around point, here we managed to see Beau across multiple instances. This was a real benefit for my own insight as it allowed me to see, hear and observe Beau’s progression across the day. As the day wears on Beau’s footsteps of his heal and forefoot impacting the road surface tell a story around fatigue and endurance.

Across the run this rhythm decays as the shear enormity of a marathon after 6.5 hours of exercise sinks in. Again, Beau’s preparation allowed for him to fair well here. Considering how much load is placed on the body during these final hours of the event, for Beau to keep going drew on every resource available to him. Beaus ability here is immense. When things get tough Beau hones his focus and rises to the occasion, this was not going to beat him.

Watching Beau plough through the final sages of the run leg was incredible/awful at the same time. We witness many athletes slowly whittling away at their reserves and reducing themselves through the process. Of particular interest were the few athletes that passed Beau on the run, their running styles and mechanics were not as fluid as Beaus. In fact most of the faster athletes had running styles that were nothing short of awful: lateral leg movements, large amounts of vertical oscillation, etc. yet they were motoring along. An interesting observation could be made here around ‘technique’ and ‘performance’ in running.

On reviewing Beaus running data, we look to actual pace covered and heart rate to form a correlation around meters covered per heart rate contraction. Having tracked these metrics in cycling (power) and running (pace), we understand what should be possible on any given day, once an athlete is acclimatized to a hot environment. Leading into the event we were well on track for a normal correlation here. On race day Beaus heart rate was lower than normal, with pace and power output also down for a given heart rate. Thus something was rate limiting race performance.

What was indicative of this great performance, to cover his first Kona Ironman in ten hours and fourteen minutes is an incredible feat, was the lack of heart rate increase across the event. As core body temperature increases so too does the heart rate even if cycling power or running pace are stable. This increase in heart rate comes at a cost to locomotion. Across an ultra endurance event like an Ironman, particularly one completed in the heat, you might see heart rate increases of 10-20% for a given pace/power. Across Beaus cycle and run there was little increase in heart rate, meaning internally his body was well prepared for exercise, despite the incredible suffering to finish.

Taken together the collection of data during a race is critical for objectifying an athletes subjective experience. In reality you cannot have objective data without subjective experience, nor would you want to. Using Beaus personal feedback around race day we are best able to implement change based on decisions using accurate data from valid units and athlete insight. Being able to watch much of the race from multiple viewing points also forges a better understanding of the experience from his perspective.

There are many anomalies on race day, such as: faster runners with incredibly poor form, large disruptions in leg power balance, negative splitting the first sectors of the run, uncharacteristic weather-wind conditions, small heart rate increases for a given output, immense suffering by all athletes yet the will to get over this is unique to every individual. This all highlights the complexity of a sport that requires continuity and resilience in the face of monotony, be it when training or racing, these athletes are producing a repetition of movement for hours on end. What data provides us with is opportunity to highlight and analyse the complexity of this sport for one’s own benefit.

Thus, we are able to go past averages of outputs or effort and see small nuances that better describe Beau’s journey across this 10hr+ ordeal. With this information it is pertinent that causal factors around the shift in power production to asymmetry be explored and addressed. Here we will look at positioning on the bike, single legged cycling kinematics, mechanical efficiency testing in different cycling positions, aerodynamics and even power output when running to best explore this athletes environment. Despite the continuity/monotony of triathlon training we are able to use this data collection to make small and significant (and for me personally, exciting) changes to this athletes landscape.

Thanks for reading, Brad. 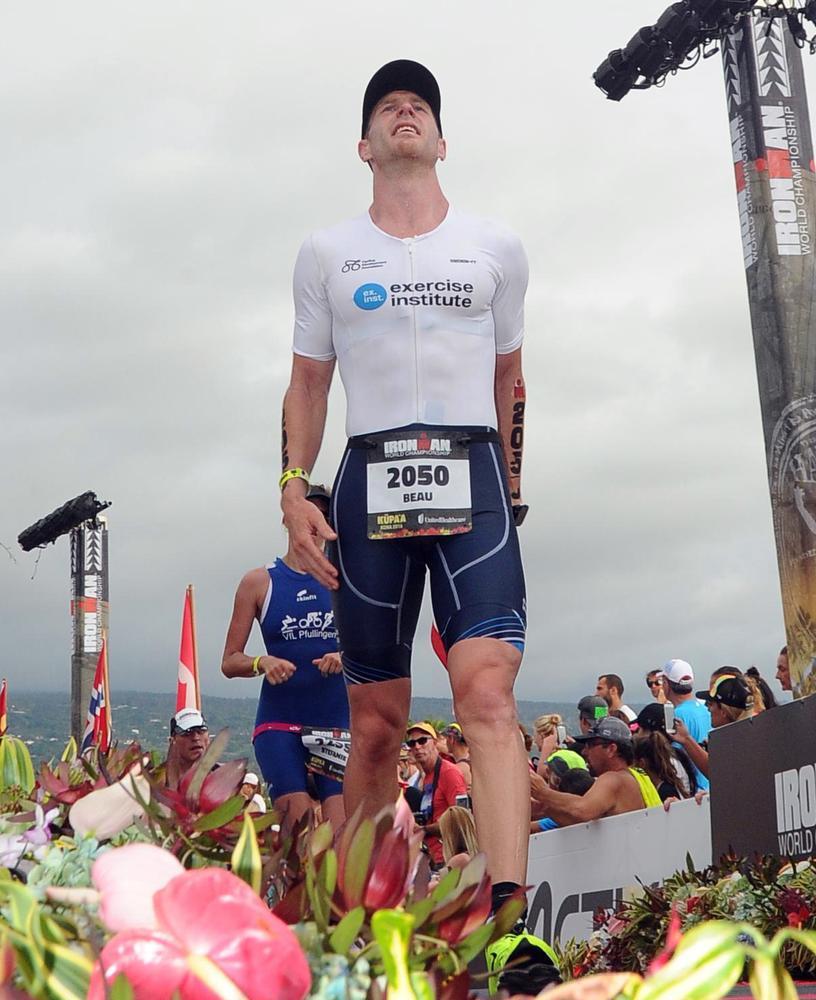 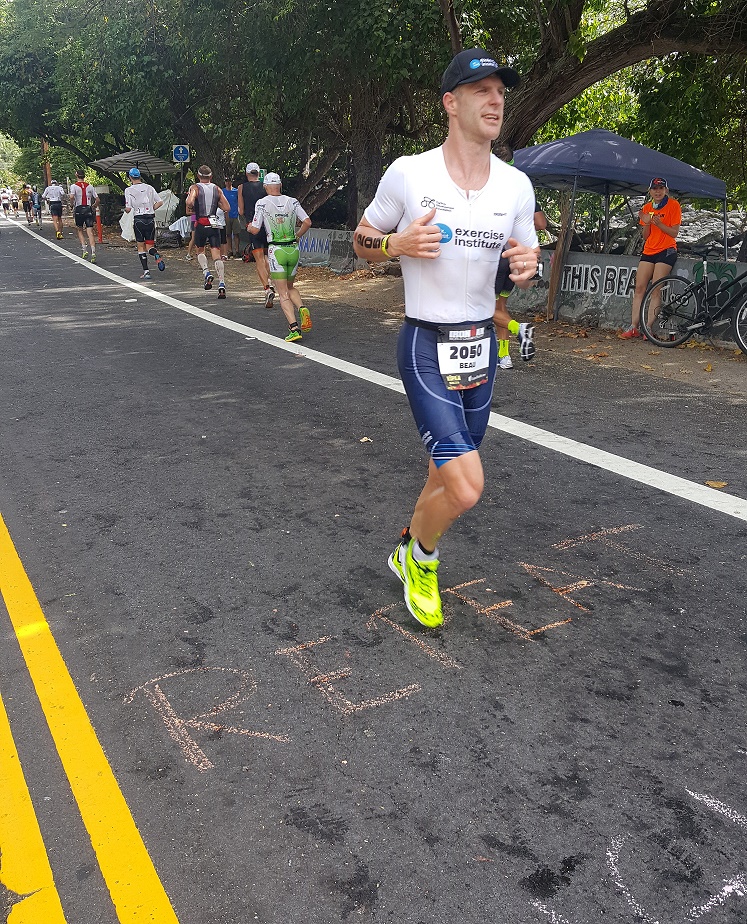 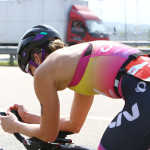