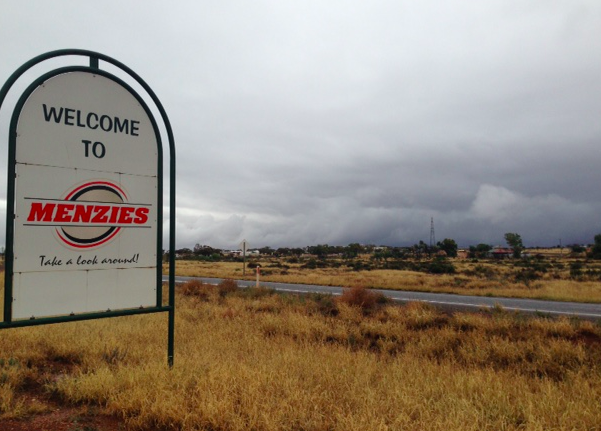 Stef, Briee, Sabine and Jen represented the Nicheliving Vault Racing Team at the 2016 Goldfields Cyclassic. We asked Stef to give us her reflections of racing a tough handicap event in C Grade, and Sabine to provide an insight into D grade.

Race Report From The Eyes of C Grade

Up before the crack of dawn, we assembled bleary eyed at the airport with anticipation and trepidation to fly to Kalgoorlie for the start of the 2016 Goldfields Cyclassic. The superpit was a sight to behold as we flew in, and soon we were at the basketball stadium assembling our bikes, getting dressed and pinning on numbers before the rider briefing. Day 1 consisted of a 132km handicap race from Kalgoorlie to Menzies, with 4 sprint points along the way.

To start the day’s racing, D grade were given a generous lead of 18 minutes on C grade; B followed 9 minutes later, and A left 7 minutes behind them. The weather forecast of 50% chance of 1-5mm turned into 132km of solid rain and we were all soaked by the time we crossed the finish line. The wind was a strong cross headwind, which made the ride tougher still. 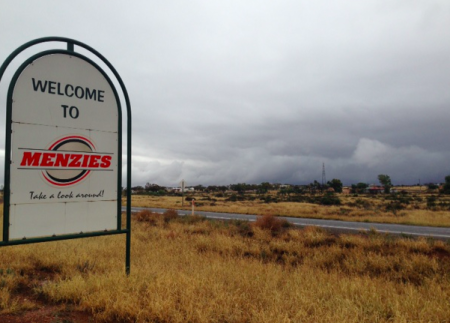 This lead was almost enough for D grade to take out the entire day’s racing as they worked together well as a cohesive unit. Unfortunately the same could not be said about C grade, who I was riding with, and after 30kms we had only made up 2 minutes on D grade.

The C grade group was surging in their roll throughs, and the pace was constantly accelerating and and decelerating. I was struggling to stay with them and nearly got dropped about 30kms in. However, I dug in and managed to stay there, and it got a bit better and I was feeling a bit more comfortable. At around the 50km mark B grade caught us and I was lucky to be in a good position in the group at the time so I was able to make the ‘jump’ across, and was stoked to stay with the combined B/C group until A grade came past around the 70km mark. The pace skyrocketed, and I was off the back very quickly, luckily with about 9 other C graders, and we stayed together to the end, although the group was not very cohesive.

I was very happy but dead exhausted when I finally crossed the finish line in Menzies. I was also soaked to the bone and freezing cold, so much so that I couldn’t actually get any food out of my jersey pockets for the last 30kms. The hot shower in the hotel was fantastic, and I spent the next few hours trying to warm up! I did manage to have a bit of a look around the small but interesting town of Menzies before dinner at the town hall, wh 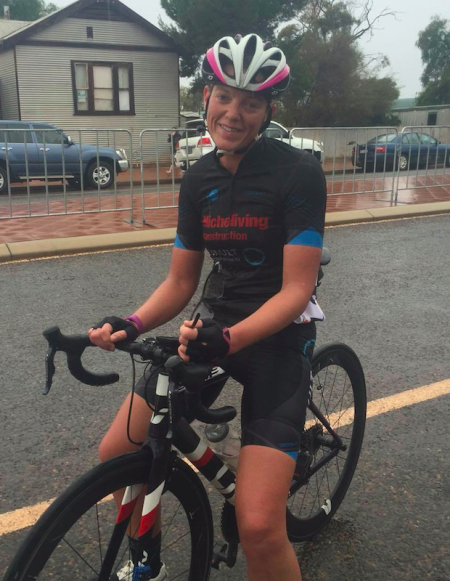 ich was a feast of good and filling food! The presentations were followed by fireworks outside, despite the rain, and a group of us were huddled around the pizza oven/kiln/fire at the hotel trying to dry our shoes/gloves/jerseys in preparation for the next day.

Day 2 dawned cloudy but with no rain, however the temperature was brisk! 105kms lay ahead, from Menzies to Leonora. After breakfast and the day’s race briefing we got our bikes and bodies ready and tried to somehow warm up or find warmer clothes before the racing started. D grade’s lead was cut back to 12 minutes for the day, with C grade getting an 8 minute lead on B, and A grade 6 minutes further back.

Today C grade were on the gas from the get-go and I was on the verge of getting dropped in the first 1km! I managed to pull it back together and we got a much more cohesive roll through happening which worked great until about the 20km mark when the pace seemed to suddenly increase, and I couldn’t hold on any more. I was on my own, but another guy was not far in front, and Luke Austin chivalrously dropped back to help me out.

When B grade came past at only the 23km point I sprinted hard to try and get onto them, but just couldn’t quite make it, so our little group of 3 settled back into a steady rhythm. The wind was battering us from the front right today and we tried to hold a little echelon across the road to get some shelter in between turns. After a little while Jared Finnigan joined us as he’d had a flat in the first 5kms, and had worked hard to get back to us. So the 4 of us continued to roll turns into the wind and the freezing cold, and the occasional shower of rain, wishing the road would just end. Although we were only doing around 32km/hr, at times I thought the boys were going to drop me, I was very fatigued.

Overall it was probably the hardest 240kms I’ve ridden, there was no easy kilometres in there at all. I tried my best to stay with the group, but I wasn’t strong enough. Congratulations to the rest of the team on their amazing results – Jen 2nd line honours on both days and 2nd overall; Sabine 3rd line honours on day 2, 6th on day 1 and 4th overall; and Brie 7th on day 1 and unfortunately ended up in the ambulance on day 2 but thankfully nothing broken!

Day 1 went ok for me. The finish could have been much better… but up until 120 km, it was good at least. Started off well but we went a little slow for majority of the time. Jen and I attempted to increase pace on a few occasions, but some of the guys wanted to play by a different plan. It was too windy to lose the group, so couldn’t do break-away… But we communicated a fair bit, we felt good up until the rain really got to me at 80 km mark. I was shivering. It was so cold. We were all saturated and there was no sign of the rain stopping any time soon. Anyway, 7-8 km before finish line the men overtook us ! 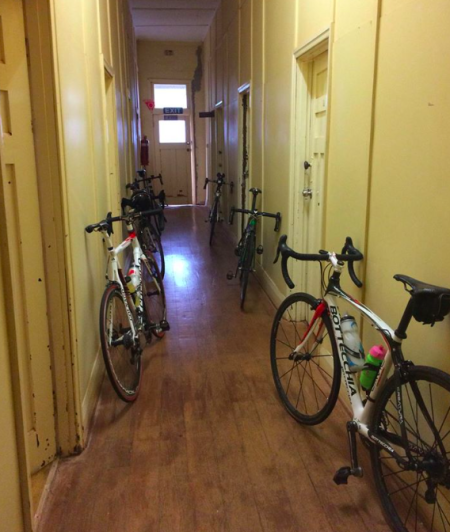 The Menzies Hotel, the best the Australian outback has to offer

It was messy, crowded, with a fair bit of yelling. I wasn’t in the best position when it happened and I don’t know what happened then, but I was the last bike all of a sudden! Managed to quickly get back to a little group of riders to ride to finish line with; but overall, I just missed the jump!! 7 km out from the finish!! With that wind, the speed dropped dramatically and I came in minutes behind rest. Well, that was my own mistake and I definitely learnt from it for Day 2!!

Day 2 was much better. I felt strong, and energy and muscle-wise it was all good. There was a little break-away happening initially by Jen and a RC-guy, then I joined them with 2 other guys. Just in the right moment, the guys shot passed and this time I jumped on!  I just gently mixed in trying not to disturb their race. And it worked for a while. Made up a lot of ground to our initial D-grade group. Kept Jen and Bec in sight for quite a while. On the downhill section I ran out of gears and wind protection and got spat out the back. I think it was around 20 km until the finish (but not sure). The same happened to a handful of other guys, with which I worked together until the finish and managed to come 3rd female. Was pretty happy with my ride today. I don’t think I could have done much better today. So, yeah, stoked 🙂

Briee Rogers who rode strongly on Day 1, but unfortunately did not finish on Day 2 due to a crash sad “Having team mates makes racing way more fun! ”

Thanks to Nicheliving, Vault Cycle Services, The Exercise Institute, Seight Custom Cycling Wear, Lazer Helmets Australia, Liv Cycling Australia, The Vic Hotel, Aurecon, Thyssenkrupp and Preterm Birth Prevention for all their support to allow our team to get up there and represent women’s cycling!

4 years ago / Comments Off on Goldfields Cyclassic – Having team mates makes it more fun!