Eating and Training for Racing

BY admin IN Exercise Institute News On December 20, 2019

This article addresses athlete deficiencies in utilising carbohydrate as a fuel source during prolonged strenuous activity. This advice follows the observation that; to date I have NEVER come across an athlete who regularly ingests the recommended 60g/hr of carbohydrate through a training ride. Yes, that’s right, never.

We use the example of a Veris Racing (VR) athlete preparing for the road nationals in Ballarat, which has a course lap over 10km’s in length repeated between 9-17 times, with a climb of 6-9mins in length every lap. This climb is usually an all out effort, or at the very least above the 2nd ventilatory threshold and so is unique from a physiology perspective: in order to stay with the bunch one needs to be able to produce a certain w/kg for a period of time. The race is quite binary in this instance. Either you can complete the power values, or you loose touch with the peloton, winning however, presumably takes a lot more. 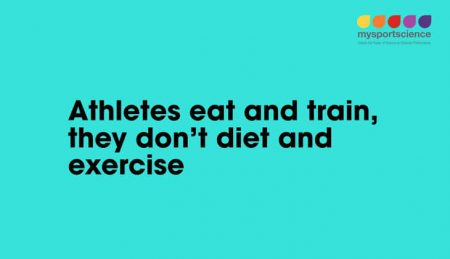 Most VR athletes are doing a similar interval set of sorts, like 9 x 5-6min efforts over a 3.5-4hr ride (at 4.5w/kg for the women, 5-5.5w/kg for the men), or 13 x 6min efforts (at 5.5w/kg) in the case of U23 riders, and in the case of elite men, 17 x 6min efforts (at 5.5w/kg + + )….
This is owing to the climb at nationals. It is around 5-8mins to ascend depending on the speed and each athlete will do this between 9-17 times depending on the category. It also needs to be said that by consuming more carbohydrate, you are also training the gut to withstand more sugars per hour, so the risk of gastric upset is reduced…. To this end the gut is trainable, so we train it. See the image below for reference here. 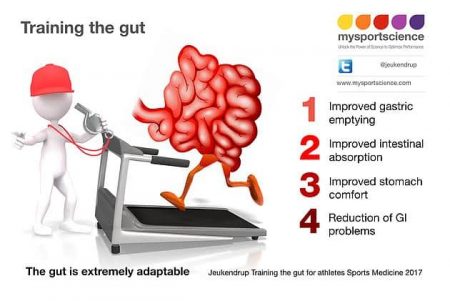 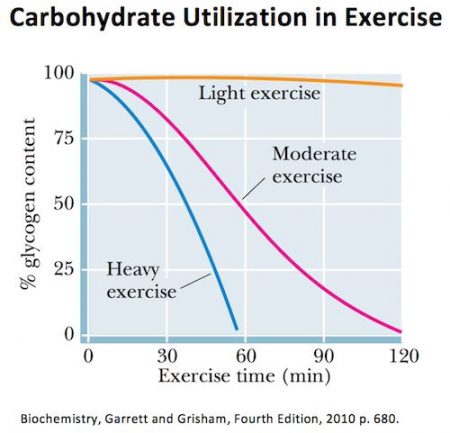 When doing repeated high intensity efforts over time (9 x 5min efforts over say 3.5hrs) your body will use predominantly glycogen (carbohydrate) as a fuel source as it is considered ‘heavy’ or intense exercise. That is a fact of human physiology, we cannot really change it (that much). 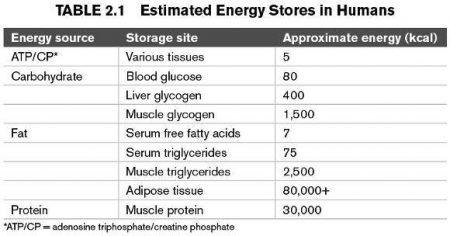 The body has some liver and muscle glycogen stores which it can use for exercise, but once this is gone (only takes around 1hr to reach critically low levels) then it is completely dependent on blood glycogen (Blood Glycogen comes from eating appropriate foods when exercising: simple sugars that get into the blood stream fast. It is like being a diabetic, you now need sugar, fast).

What is important to understand here is that high intensity exercise utilises sugars either stored or ingested into the body and that after an hour or so the stored sugars are depleted, so what you eat is critical to continued high performance. So you can actually not eat enough and still do exercise, but the body will not allow you to train hard enough if blood glycogen is not high, this is a simple factor of fuel availability. So you will still do intervals, but they will be done more so via fat to glycogen breakdown, which occurs at lower intensities (body uses glycogen or sugar for fuel in hard efforts). So power will drop as you do the efforts even though your perceived exertion remains the same. 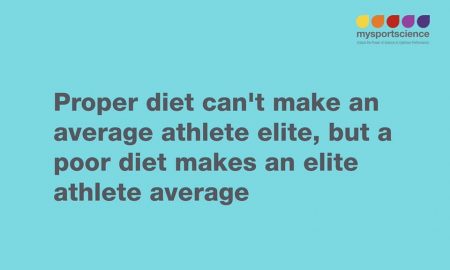 So athletes can train depleted and still put out good numbers. But if they want to put out great numbers they need sugary fuel to do so, especially when doing a 3.5hr ride with 5-6min efforts at maximal intensities throughout the ride, like 17 x 5-6min efforts at 5.5w/kg which will be a minimal requirement at Elite Open Men’s Nationals….
If you were doing a 3.5hr ride with no maximal efforts and riding at around 70-75% of HR max you could quite easily do the ride with less carbs and not see the difference in outputs.

The reason we want to see big numbers in training though is such that the body adapts to this quality stimulus over time, producing better form come race day, AND the athlete knows how to correctly fuel for race day performance. I suspect that just by eating closer to 75 g an hour power will increase by 5% alone. 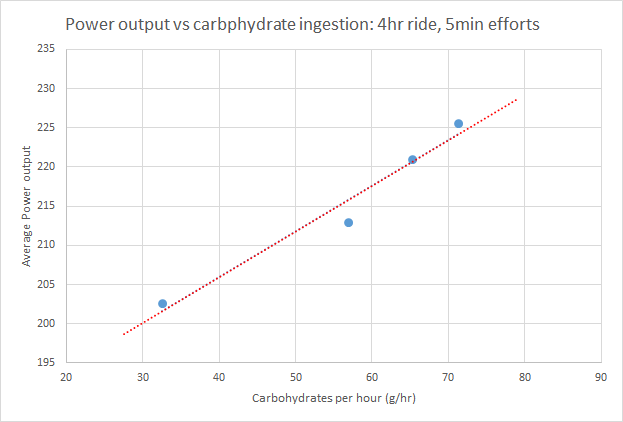 The major take home here is that carbohydrate ingestion and average power output when doing repeated maximal efforts over time, longer then 1hr, is very highly correlated with the other. Eat more to put out more power, then adapt more as a result over time.

2 years ago / Comments Off on Eating and Training for Racing 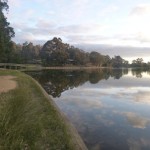