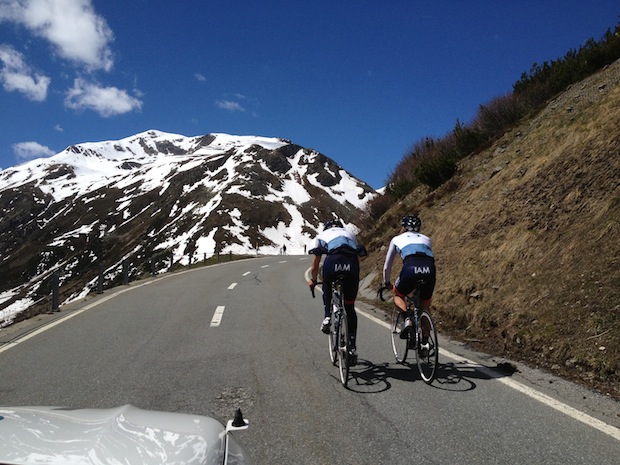 BY admin IN Exercise Institute News On December 20, 2016

Altitude training is now practiced widely by coaches and athletes in an attempt to enhance endurance performance at sea-level. As mentioned throughout this series, training and “living” at moderate to high altitude has been shown to improve the ability to perform through acclimatisation, which optimises the transport and utilisation of oxygen. In an effort to reduce the logistical and financial challenges associated with traveling to altitude training sites, manufactures and scientists have teamed-up to create artificial high altitude environments, which mimics the hypoxia of specific altitude elevations. Altitude tents, along with special breathing devices have been developed to afford inspired hypoxia during exercise and at rest. Using the various forms of simulated altitude training, athletes obtain the benefits of sleeping at a certain altitude elevation in the comfort of their own home for six to twelve hours per day, as opposed to travelling to and spending two to three weeks at high altitude to achieve similar physiological adaptation.

The commercially-available altitude tents can be installed over a standard double or queen-sized bed and simulates elevations up to 3500 metres. These devices utilise an oxygen filtration membrane that reduces the molecular concentration in ambient air drawn from outside the tent. The oxygen-reduced air is pumped by a generator into the tent, resulting in a normobaric hypoxic sleeping environment.  Several studies have reported significant post-artificial-altitude improvements in VO2max, cycling peak power output, cycling power output at the respiratory compensation point, and 800-m to 3 000-m run time.

Exercise Institute now hires altitude sleeping and training systems to athletes and exercisers alike for two week periods from $380. Along with the hire and set up of the system we can provide you with instruction on how to best optimise your adaptation for your own specific needs. Be it mountaineering or racing at altitude, or sea level, we can assist you in fine tuning your preparation for best effect.