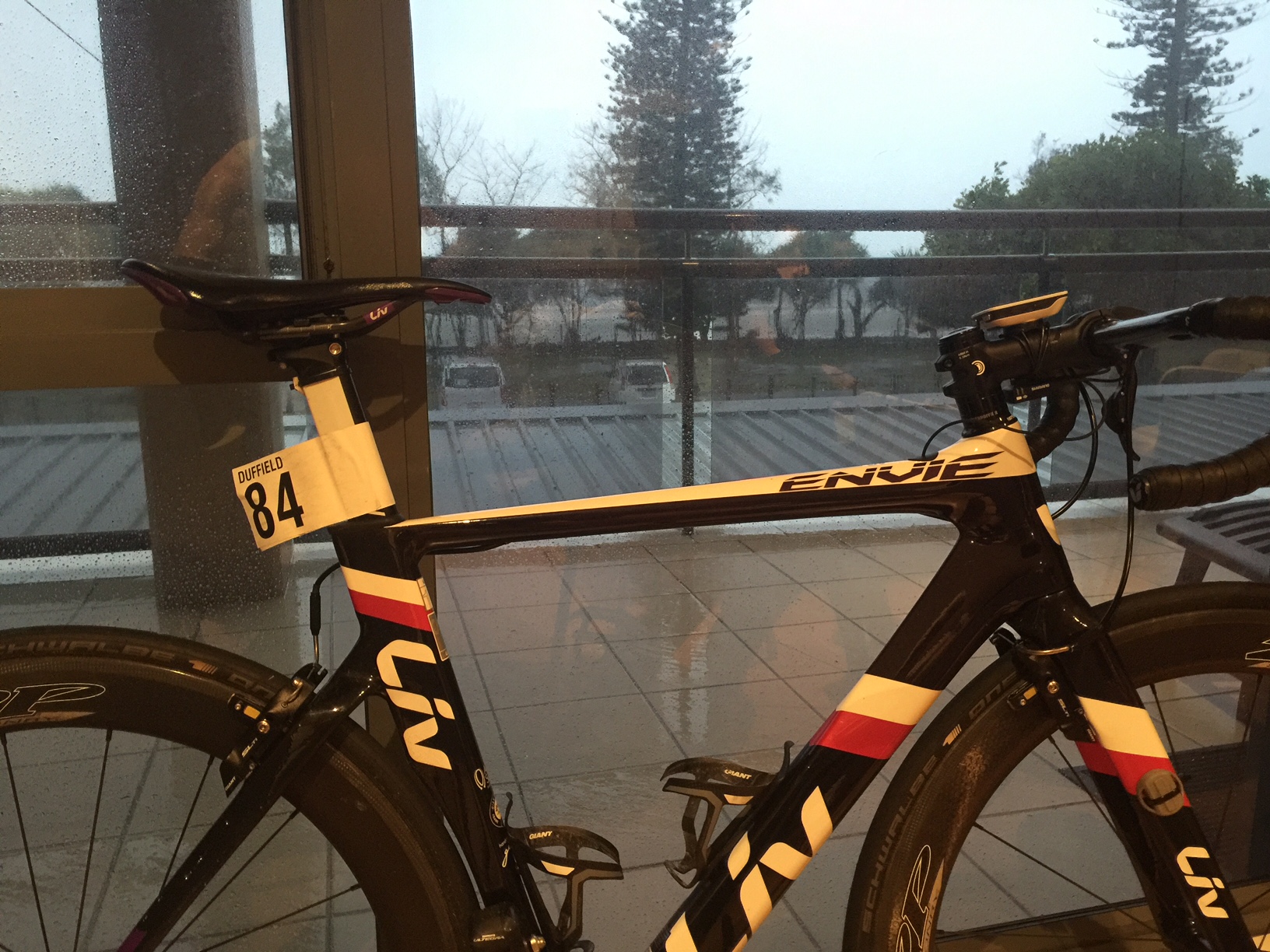 Sunshine amongst the rain – Battle on the Border 2016

Whilst it was wet and local flooding and heavy downpours resulted in the cancellation of racing at Battle on the Border there were still many positives to take from this Tour. By Sunday, the sun was out and we were able to reflect on what might have been!

To make a decision to race in the National Road Series requires commitment, sacrifice and dedication. For the majority of us it means time off work and leaving families, missing social events and a tremendous financial commitment by sponsors, individuals and supporters.

It is not a decision that is taken lightly. Planning starts months in advance. Training starts even earlier. Hours out on the road, early mornings, riding in the rain, entering races not for the result but to test the limits and eating right and sleeping right. Due to various circumstances, it was hours on the trainer at home for me, sometimes 2-3 at a time, working very hard to get ready.

I was confident and looking forward racing with Liz, Sarah and Jade. I was fully aware that I would not contribute in the two hilly road races of Stage 1 and Stage 2, but by the time of the relatively flat Stage 3 Individual Time Trial (disc and tri spoke packed) and the criterium I would play my part (hopefully!).

Stage 1 was a 104km road race with two QOMs and two sprint points. At an early descent Sarah’s handlebars slipped. She came back to me and asked me what to do. It was best she get them fixed now. I did try to to give her my bike, but Plan A was to go get mechanical support. We went with Plan A! She got them fixed and rode her absolute heart out to get back on the main peloton, work with the eventual stage winner and finish 16th.

After the first nasty hill I had sat back with a group of 5 other riders and riding nicely to get home. At the 50km mark I got a puncture and unfortunately the car that was supporting us had NO spares at all. I did not want to call the team car back as the priority was with the riders in front. So with no option I got in the car. The girls finished strong with Jade also 4th on the Young Rider classification. We achieved our objective and I was told I was able to continue, and our goals were very clear for Stage 2.

But by the end of the Stage 1 the rain had started and it did not stop for 36 hours. It was relentless. The race organiser did a very good job of informing everyone of their decision process and reluctantly were forced to cancel all racing across stages 2, 3 and 4.

We were disappointed. To come all that way but not have the opportunity to race was test our abilities against some of the best female cyclists in Australia was disappointing. But we were safe, dry and in good company! The event was very welcoming and well organized with racing across elite men, masters divisions, NRS Women, A, B and C grade women and separate junior racing.

Sunshine amongst the rain

There were many great things to take from this tour despite the rain. Whilst in the car after my flat, we supported a young Gold Coast rider from the Building Champions Squad Racing Team. She was struggling, but she was determined to finish. She stopped three times and each time I got out to talk to her and encourage her. I encouraged her from the car, offered her food and water. She continued on in rain and wind on her own but with 10kms to go the struggle got too much and reluctantly and in tears, shared my seat in the front car.

For me, this is what this tour of only one stage meant. 6th as a team, 4th in Young Rider classification is also a nice touch! And as a program, to have the team in Queensland, the team in Kalgoorlie, the team in Europe and all the other women that rode their bikes for fun and fitness last weekend are all equal in our eyes.

Thank you to Caroline Haines for her support and organization on the tour, and my Mathew Upton for looking after us when we needed it, to Brad Hall for keeping us honest in so many ways, and the sponsors of women’s cycling in Western Australia who deserve constant recognition for their contribution to women’s cycling development: Nicheliving, Liv Cycling Australia, Exercise Institute, Vault Cycle Services, Thyssenkrupp, Pre Term Birth Clinic, Aurecon, The Vic Hotel, Seight Custom Clothing Wear.