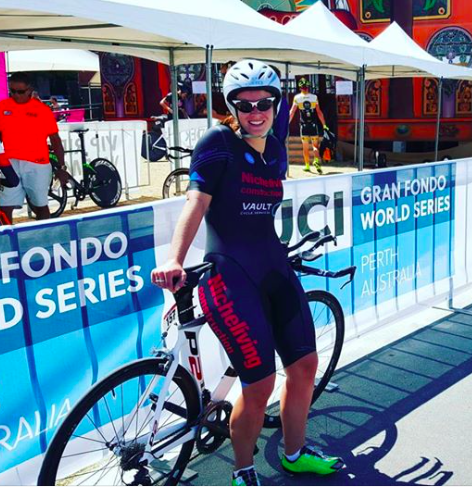 The Gran Fondo World Series Individual Time Trial and Road Race was held in Perth 11-13 March, 2016. 1,000 entrants, some vying for a qualifying spot at the World Championships later in the year, some for the challenge, some for the experience.  The women raced 117km setting off in two groups from Lightening Park in Morley and finishing at Elizabeth Quay.

Briee Rogers reports on the highs and lows of her experience, explaining the realities of tackling such a hard course in tough conditions.

She will be back to do it again….

The legs are ready to conquer, the training was done, would the mind play along?

The pre-race was full of excitement, lots of great riders about and chatter about how much people had been training with hopes for qualification. For me, after only four or so months of training/racing under my belt, my main goal was to finish in a respectable time.

The roll to the hills was pleasant enough and lulled me into a false sense of comfort, all stayed together, everyone negotiating the tight bends onto the highway. That was about the end of the pleasantries.

At Ridge Hill Road, the climbers made their statement. A quick push up the rise strung the bunch out, smaller groups formed and the ants went marching two by twos up Zig Zag. I had a great view from the back as I watched people power away from me! The supporters were great and everyone could still smile, look pretty and focus on their technique as the cameras appeared.

The descent into the weir was a blast… then came the real challenge for the day. Thumb tacks, glass and various hazards on the road coming out of the weir, which was roughly the time the first bunch of guys caught up, always helpful for making you feel like you’re standing still.

Its about now, my feet started to tingle, the chaffing became apparent and I was very, very aware that I needed a bathroom, a thought I’d been trying to ignore for about 2hours. Pushing on and my newly acquired fairy godmother, Luba, saddled up beside me.

She wouldn’t take no for an answer and compelled me to ‘push, push, push’ up the Stoneville climbs and stick to her wheel. The real pain kicked in here, climbing at a stupid gradient, with large bunches of men going flying past, the numb feet, chaffing and the bladder pressure really making themselves known. 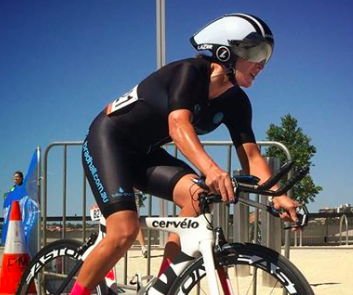 Luba, Fairy Godmother, in the Individual Time Trial on Friday.

Turning on to Toodjay Rd, it feels like the end is near. Its not really, that’s a lie, its still a bloody long 40odd kilometres, thankfully with a tail wind, but I tried to trick my mind into thinking I was nearly done. Luba’s wise words of small chain ring, small gear and spin rang true on that last incline before a speedy descent down Red Hill. Then… the highway… the long, straight highway.

The bad, everyone I saw was in struggle town by this point, it was hot, very hot and there were many people forced to the side of the road with punctures, exhaustion and various mechanical issues.

The good, there were plenty of wheels to follow, I personally would like to thank Mr KGB, Mr White Kit and then Luba again who came screaming back from 2 dropped chains who all kindly towed me down the highway.

As I watched the kilometres count down, the pain grew more as did my hatred for cycling in the hills. Despite knowing Luba wanted to take her shoes off as much I did, it didn’t help. I’d convinced myself that tears were a waste of energy and fluid I couldn’t afford to lose.

After crossing the finish line my first words were, ‘I hated that, it was horrible!’… Upon reflection, in terms of racing, I enjoy the carb loading and post-race recovering, definitely a highlight… hills there’s a lot of work to be done and also mental training, they were the low points. In any event, I’m sure I’ll be back on the bike tomorrow. I’m told you can learn to love hills… I’m sceptical but I’ll keep trying. 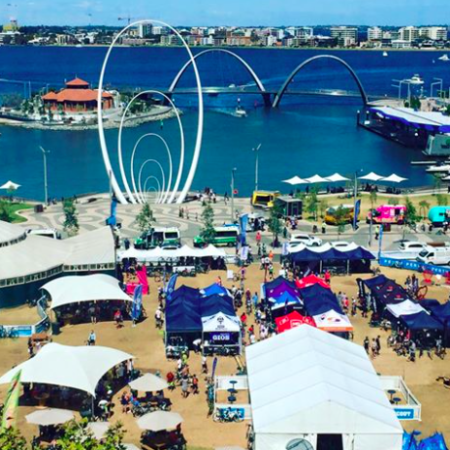 The finish at Elizabeth Quay was a pretty sight.

As for thankyous there are several I’d like to throw out but I’ll just mention a couple here… the crew at Hall Cycle Training for their help in getting me ready, the riding buddies (you know who you are) I’ve met along the way and especially to the never-ending motivator/coach Mel Robinson – would never have done this without your support.

4 years ago / Comments Off on UCI Grand Fondo Series Perth 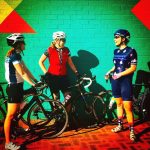